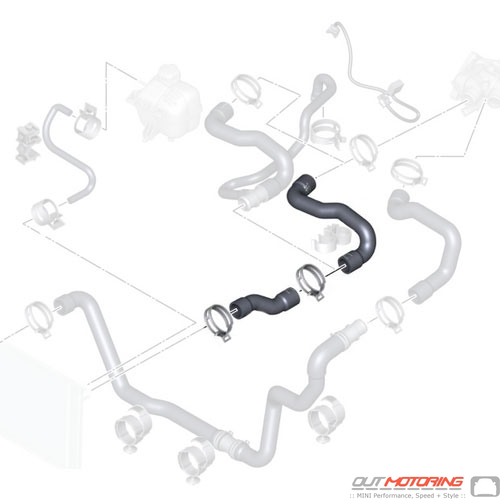 This is a review of the M12 stud conversion kit for the R53 MINI Cooper S. This is the second stud kit that I have installed. The first set was of much lessor quality and was totally worn out within six years of auto-x, track days and winter tire change-over.

I do have one question; Do you recommend any using any lubrication on the threads of the studs? John W
The go to place for mini accessories. They have everything and its all shipped from in the USA. My favorite site I am o it daily and people always ask where do I find this stuff. Outmotoring.com of course! Tom Dahmer
In this "internet age" we find ourselves searching for the best price we can find. All the while not thinking about the "value" of customer service. Is an extra dollar or two in your pocket worth bad service? The answer is no!