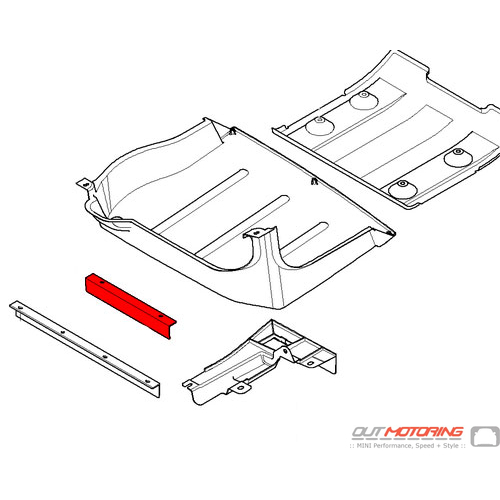 Installed short shifter kit with no problems except kit did not come with 'o' ring for shifter shaft. Factory 'o' ring was too larger off of OEM shift lever. I would also recommend some good out door adhesive to reinstall dust cover on shift box, because some of the locking tabs may break off when removing. And with this short shifter kit there is no need to modify shifter box as some other products require you to leave dust cover off or purchase a drop cover to accommodate the longer shift lever. Thank you so much Out Motoring for another great product and customer service, Jon Jon Newman
All I can say is wow! This sway bar installed easily. The NM Engineering instructions are excellent. I could feel the difference even backing out of the garage. I started it out on setting 3 out of 4, but will be moving to the stiffest setting shortly. The Mini handled great stock, so I was a little skeptical about how much of a difference this bar would make. Boy am I glad I elected to give it a try. Completely worth the expense. Loran Evans
Just recieved my order (NM Engeneering 22mm rear sway bar and links). I'm just shocked at how fast the shipping was. I live in Moscow, Russia and it just took a week and two days to have all I ordered laying in my trunk.
Thank you guys, I will recommend your service to all my friends/
Great job! Alexey
Read MORE COMMENTS »      Write Your Own Testimonial »