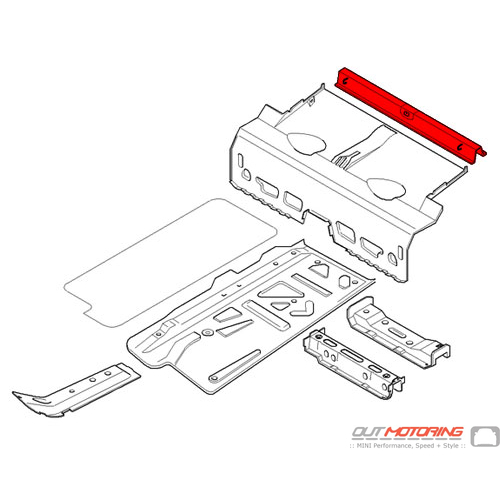 Dear whom it concenr
Greeting ladys and gents
I am a cooper s owner from atl ga.. I have been researching and buying products for my car for years with numbers of company in us. Yet the outmotoring has been my my number 1 company
Here is why
1.website
Very well informed and very structure. Easy to find and nice set up on each department
2. Product
Has many diff types of choice and each product they select to sell has good reputaions and feedback. Also the prices are very reasonable
3. Information
Each items contains the detail pictures and well information. If u have 100s diff item and so on.. they put not just a factory pic but well explained picture with NAM links if there for additiinal derails
4. Customer service
When u either call or email they will answer u for me yes so far they r very respectful..
5. Shipping
Well this part is not 100% outmotoring company since the 3rd shipping company kicks in but as long as outmotoring cares all the other things for us.. they actually provide well info about ship choice and time consume on delivery .. and they care for u as much as they can ( as long as it is in their end ) once its hands on and policy ober to ups and usps etc .. its theirs? But outmoto has been very good at this also
I have been buying thingsothingsover forum or ebay .. outmoto is the top end. If u looking for add some mod on ur car..ccheck this guys out make ur login and shop. Best exp ever
With all due respect
And sorry about my lack in english . sungmoo lee
Aaron and his staff down at OutMotoring are awesome! Always extremely friendly and helpful with any questions I have about their products and Mini's in general. I live near by so it is nice to be able to go down and pick up everything I need and look around at what they have on the shelves. They always have what I come to get in stock and if they don't they always offer to order it for me. I have purchased almost all of my Mini parts from them and I will continue to do so! Thanks again OutMotoring! Matt
Received my headlight rings and start button covers in record time. Which was awesome. A suggestion would be to send instructions with the products. Otherwise experience was awesome. Justin Montoya
Read MORE COMMENTS »      Write Your Own Testimonial »