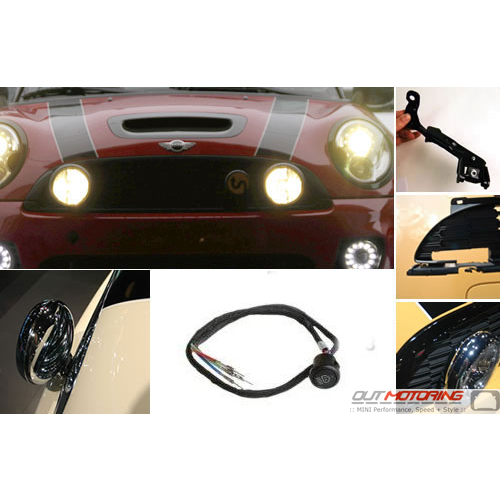 Many thanks and regards, Eddit
I am a new Mini Cooper convertible owner. The car I bought had a busted rear third brake light. The lights worked just fine, but the red plastic cover was missing. I expected it to be very expensive, however, I went on an online search and found OutMotoring.com. I was pleasantly surprised to find out they had what I needed, and it was not expensive at all - far less than I expected! Other sites were charging more than twice as much! ordered it on the 12th, had it by the 15th (and I didn't pay expedited shipping).

I will definitely be ordering parts from here in the future! Chad S
I have been putting a r56 mini back together for 2 weeks now after a timing chain failure.Have had nothing but problems finding and getting parts until I contacted Aaron at Outmotoring! All my problems are over ! Thank You Daniel English
Read MORE COMMENTS »      Write Your Own Testimonial »