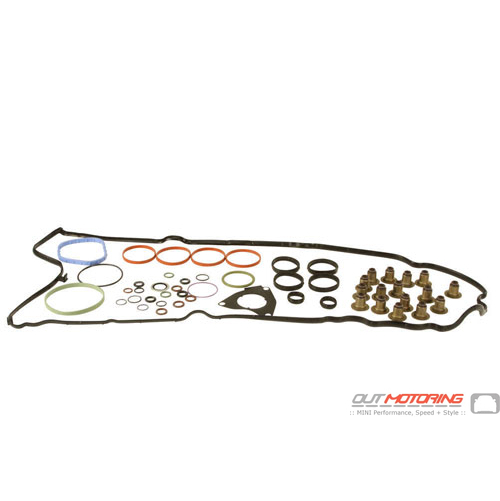 You guys rock , i'm super pleased at the fast shipping two items two separate times , faster than normal shipping :) A beginning to a great modding relationship Thanks again Greg greg
I am extremely addicted to this store and have it saved on my favorites page on my browser. I've ordered many things here - I'll shop around and place my order and the following day I am back buying more stuff - it's better than shopping for shoes! This store has great customer service and fast delivery! I love making my Mini - PRETTY!! Thank you Out Motoring!! Geri Cruz-Smith
The owner is nice, prices are in line with others or better. My complaints are twofold. First not a blasted thing comes with any installation instructions. The Eventuri intake had excellent ones you could download, the rest had nothing. I guess you are supposed to know how to install before you buy.
Second, I have left a lot of reviews on products (most of them very favorable) and yet they don't show up under the product listing. I rely heavily on customer reviews as I have found they are generally the best gauge of the product. It has aggravated me beyond speaking that I spend the time writing a detailed review, only to never have it post. When I go to the item, it will say "no reviews for this product" and then underneath it "you have written a review for this product". Seriously? Karen Casey
Read MORE COMMENTS »      Write Your Own Testimonial »