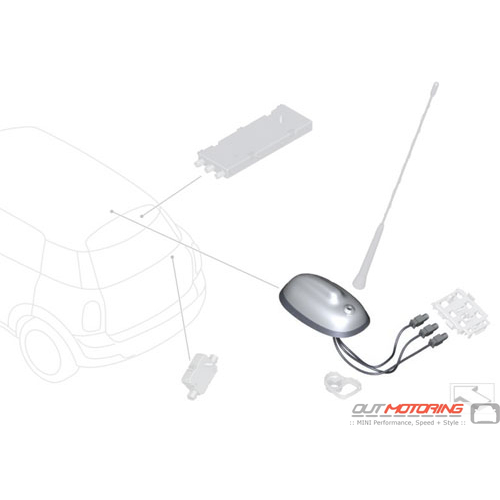 Easy online buying process. Always up to date products and quality of product is next to none. Customer Service is easy and reliable. Looking forward to getting more...soon! Thanks for all you do for the Mini Car Clubs! Terry R
Every product I have ordered from OutMotoring has been shipped promptly and the quality has been superb. OutMotorings customer service has simply been outstanding. Extremely helpful with tracking down difficult to find parts and odds and ends needed for some installs that they didn't have listed, but got for me and had shipped directly to me. Their prices pretty much beat everyone else, but its the outstanding customer service that will keep me a loyal customer. Daniel Sonder
Ordered the rear set delete kit (with the seat belt hole option) planning on using it as a platform for my dogs instead of having the enter through the door and sit on the rear seat. After reading through the install procedures and prepping the car for install I noticed that there is only one bolt securing the delete kit. This may be ok for weight reduction but it not good for use with pets. David Imes
Read MORE COMMENTS »      Write Your Own Testimonial »