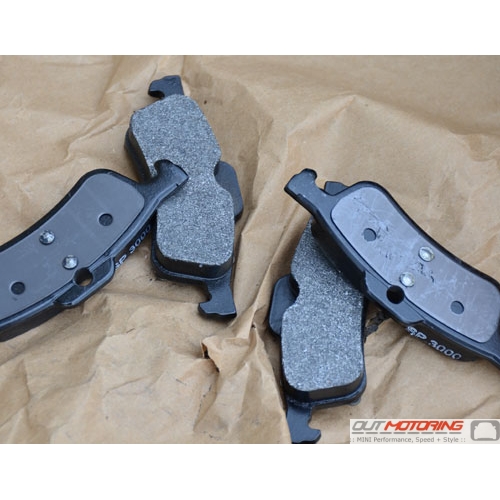 For my first purchase with Outmotoring I bought a set of Gen 2 Clear Side Marker Lights and the product, the company, and their customer service is excellent! I will definitely use Outmotoring again for all my future MINI product needs! Kevin O
These are the perfect addition to my JCW. I have a red over black JCW with the Xenon head lamps & black housings. These are the perfect way to tone down the brash bright red of the tail/brake lamp housings to match the front lamps. Not only do you eliminate the chrome but the housing itself is black thus darkening the appearance of the entire assembly. I would say these should be flying off the shelf but i don't want everyone to have a MINI that looks as good as mine. Scott Hiskes
I bought these thinking that they might be cheaply made, but I was really surprised. Instead, I read on the box that they were made in Germany; hence, the reason for the high quality. If you buy these wheel center caps, you will not be disappointed. They are very high-quality. Dean Bush
Read MORE COMMENTS »      Write Your Own Testimonial »