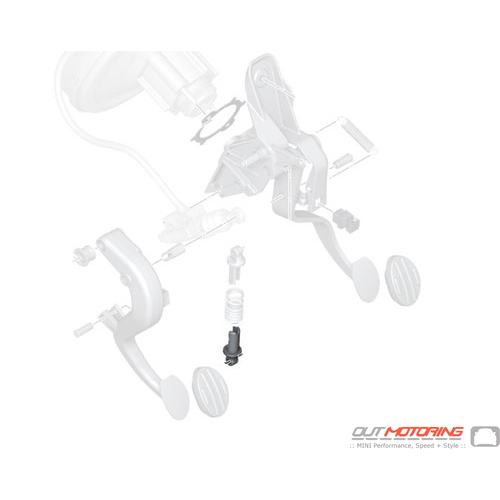 I've purchased quite a bit from Outmotoring, from hood scoops to GP diffusers and coilovers. They are quick to help with questions and the products are great for the money. Aaron
Fantastic service! always wonderful to speak with.
Very helpful when needing advice. Nikos
Did a search online for a replacement dome light button for a 2004 mini copper s and was directed toward your site. I was, frankly, shocked by the price listed and wouldn’t be surprised if others had the same reaction, after viewing the price. After swing that outrageous price, for a dome light button, I may have to, seriously, reconsider buying anything from your sight, in light of the fact that I can purchase a, nearly, brand new one- although it’ll be used- for $25, with free shipping. Please, if you will, explain selling a button for $67. That’s, without shipping.

ANSWER from OutMotoring: Hi, yes, this is a insanely high price for such a small item, unfortunately production and other costs define the price as we have to purchase this though the MINI parts network and they sometimes have exceptionally high prices on some items. Alfonse
Read MORE COMMENTS »      Write Your Own Testimonial »