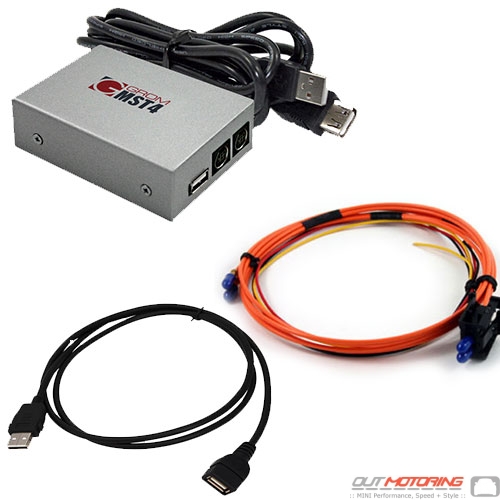 Every product I have ordered from OutMotoring has been shipped promptly and the quality has been superb. OutMotorings customer service has simply been outstanding. Extremely helpful with tracking down difficult to find parts and odds and ends needed for some installs that they didn't have listed, but got for me and had shipped directly to me. Their prices pretty much beat everyone else, but its the outstanding customer service that will keep me a loyal customer. Daniel Sonder
I got this light for my R53 Cooper S and the plug in for the harness did not fit the harness in the car. I needed to modify the circuit board and change the wiring harness in my car so that it would fit. Nick Simone
Ordered oil change kit for my Mini Cooper. One of the oil containers had leaked throughout the box, soaking everything else, and through the bottom of the box. Made a oily mess. You need to check the caps to make sure they are tight before shipping. Ernest Anderson
Read MORE COMMENTS »      Write Your Own Testimonial »