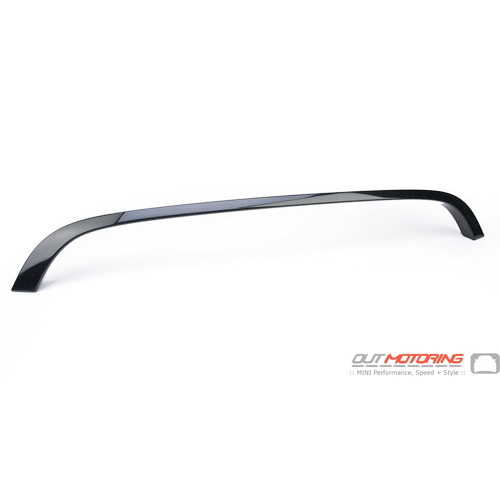 MINI COOPER JCW is the best amiongst all. Since I came to discover it, I even abandon my Mercedes C Class 200 compressor and even my Toyota Carina E. I really love it.
Every one around me admires that car which one in town. I have a sky blue Mini Cooper one JCW R50. It is nice to drive it. I really love it........................ Thanks to John COOPER WORKS. Monjingou Paul
I dropped by OutMotoring with my wife today to check it out after giving her a 2015 Mini Paceman last week. Aaron and Meghan took a lot of interest in us as new customers. We were invited to come back to the warehouse and invited to view all the available Mini parts and items. We selected some accessories and were very pleased with the selection and quality of the items we purchased. If you get a chance to drop by, you'll find friendly, knowledgeable and helpful folks there! I plan to return in the future for Mini parts and accessories. Dale Stewart
Sku: NM.881201B, I bought these rims sometime in 2018, I drive the car only on warm sunny summer days, it doesn’t see rain or snow. That said.. last week my TPMS light came on, my husband took the wheel off and the rim had a 2.5” split in it. Not from hitting anything, it looks like a stress fracture. I’m not sure what caused this or why, just want to say be careful and beware as I’m sure it could be a hazard at certain speeds. Jolanda Smedley
Read MORE COMMENTS »      Write Your Own Testimonial »