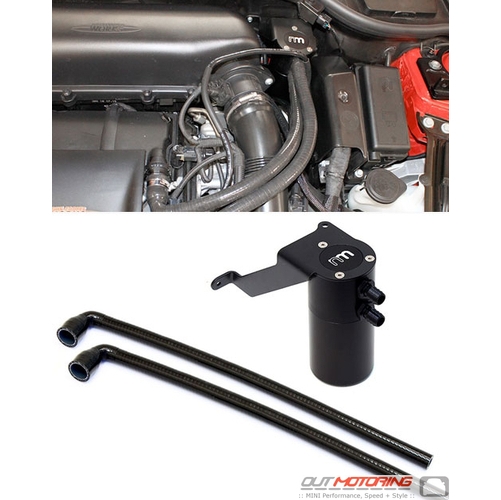 I am a Canadian customer and at first I was a little skeptical ordering but after first emailing Aaron, now I just keep coming back! Amazing customer service and shipping is fair for custom/import charges. My #1 shop for anything I'll ever need for the Mini!!! Ralph Santos
I dropped by OutMotoring with my wife today to check it out after giving her a 2015 Mini Paceman last week. Aaron and Meghan took a lot of interest in us as new customers. We were invited to come back to the warehouse and invited to view all the available Mini parts and items. We selected some accessories and were very pleased with the selection and quality of the items we purchased. If you get a chance to drop by, you'll find friendly, knowledgeable and helpful folks there! I plan to return in the future for Mini parts and accessories. Dale Stewart
When it came to getting the following parts for my R56 I shopped around quite a bit. I was so thankful I ordered them through Outmotoring. The packaging is top notch and the quality on the parts is second to none. I would not hesitate to order from them again and actually know I will be maybe even today.
Parts ordered:
-Grill Trim + Grill Set: Cooper S: Black
-Headlight Trim:L Gloss Black
-Headlight Trim:R Gloss Black
-Taillight Trim: R56/7/8/9: Set: Gloss Black
-Gas Lid Cover: Gloss Black: R55/6 Branden
Read MORE COMMENTS »      Write Your Own Testimonial »