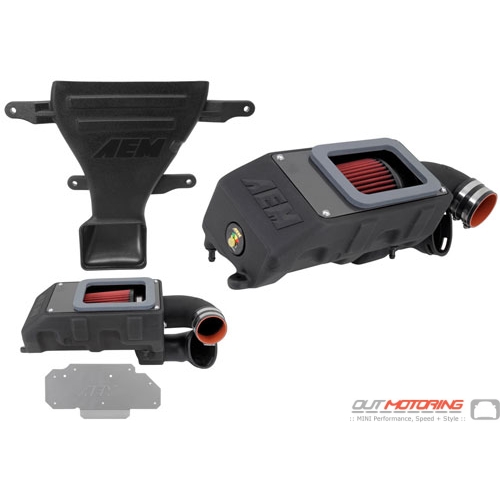 If you have purchased this item and would like to leave a product review please sign in to add your review.
1 Most useful customer reviews (see all reviews):
Karen Casey
This customer purchased the item at our site.
Great cold air intake system which can be installed without hiring a mechanic. While the instructions/photos may not match your car exactly, can rely on listings as to whether it will fit or not. I notice a change in the engine sound more than anything else but do detect a bit less turbo lag. Watch as many YouTube videos as you can find if you are as I was new to installing components under the hood.

Advantages: It uses the otherwise nonfunctional hood scoop to bring in air from outside the engine bay. There is a heat shield which attaches to the hood and securely seals where the scoop and intake air travels through. It is not as pricey as some others and looks great installed.

Disadvantages: Other than photos and instructions not specifically matching what was under my hood, my only complaint was that the customer service rep gave me information inconsistent with what listing states. As it turned out the AEM rep was wrong and Aaron, the owner of Out Motoring was correct.

Was the above review useful to you? Yes (0) / No (1)
If you have purchased this item and would like to leave a product review please sign in to add your review.

Ordered for the first time. My order arrived quickly and packaged with care. The headlight rings were easy to install and so were the tail light trim. Amazing product. Ordering again for sure. Thank you out motoring! JC
Everything about Out Motoring is EXCELLENT! OEM Mini Cooper Items, FAST & Reasonable International Shipping; Quick and Friendly Customer Service; and ESPECIALLY the BEST PRICING anywhere online... OUTSTANDING! Robert Mahoney
Great first mod knocks out two birds with one stone (great power gains, amazing sound enhancement) for a great and really low price! 10/10 would recommend