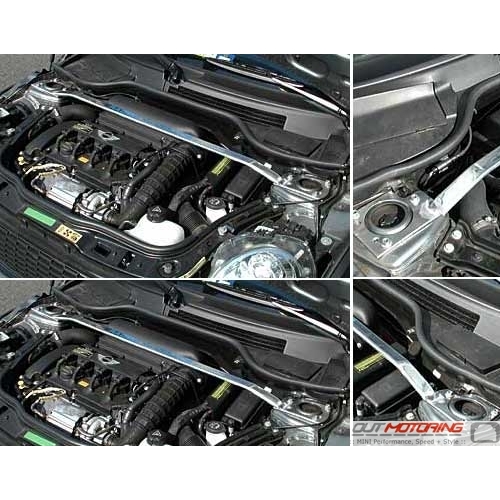 Installed short shifter kit with no problems except kit did not come with 'o' ring for shifter shaft. Factory 'o' ring was too larger off of OEM shift lever. I would also recommend some good out door adhesive to reinstall dust cover on shift box, because some of the locking tabs may break off when removing. And with this short shifter kit there is no need to modify shifter box as some other products require you to leave dust cover off or purchase a drop cover to accommodate the longer shift lever. Thank you so much Out Motoring for another great product and customer service, Jon Jon Newman
The best company to get your Mini parts from! They have a great selection of products for all your Mini needs which comes with the best customer service you can receive. They are quick to respond and make your shopping experience the best it can be. Yes, you may find what you are looking for at a lower cost but no other company will beat their level of customer service. Thank you Outmotoring for everything! Nathan Saurer
I am from Singapore. Outmotoring has been a knowledgeable, patient, helpful and Great Seller supporting her customers. ACE ++ !! Will Return and a pleasure dealing with you. Liang Jerry
Read MORE COMMENTS »      Write Your Own Testimonial »