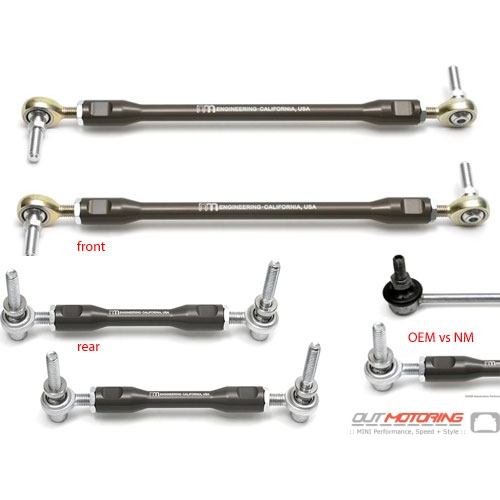 I've purchased quite a bit from Outmotoring, from hood scoops to GP diffusers and coilovers. They are quick to help with questions and the products are great for the money. Aaron
I installed the Cravenspeed "Big Pair"today. Huge difference, just what the F56 chassis needed. Well made and very easy to install. Peter
I recently purchased a few items for my R56 as i begin to make it more my own as well as some maintenance parts. I was extremely satisfied with service that I've received from OutMotoring. The level of service I've received makes it easy for me to return to OutMotoring or my future needs. With technology it's so easy to buy from anywhere/anyone, but when a company goes above and beyond they set themselves apart from everyone else.